How do you ensure better security using IoT?

IoT naturally extends it’s usage in to security. Notwithstanding the many concerns around the security of IoT itself, there are many basic usages for IoT in the field of security which can give more benefits than ill effects.

Some of the very important ones have been outlined below to give a bird’s eye view of the spectrum of uses:

Here are some based on the types of security

Access cards are one of the common things in today’s world. IoT will be able to add a level of convenience. Currently one needs to bring the card near or swipe the card, with IoT-based cards, proximity would be enough for the card to be recognized as a valid one and access allowed automatically. The possible infringements or misuse of it like someone being able to hack and mimic a signal similar to the given card are all possibilities and will need to be countered with additional measures like may be adding cameras to additionally double-check using face recognition.

Cameras are typically the way one currently deters but this then leads to the only recording of the crime or illegal trespassing but does nothing to prevent it or raise an alarm. If the security ecosystem would have got already triggered by knowing that there is a human being without a tag moving around in a restricted area this could have lead to fore warnings being already sent to the appropriate authorities so that someone could be sent to check on this person. The cameras with face recognition could be activated and the CPU programs like face recognition activated on the person to know if this person is a known person. Thus many untoward events could be prevented.

Asset tracking is one of the primary uses one can get going in terms of IoT usage. A tagged company asset leaving a given allowed roaming zone could raise alarms. An asset incorrectly located could be raising an alarm. This will thus ensure that one is able to trace as well track an asset using IoT. Thus one can have a place for everything and also ensure everything is in place!!

Typically one is used to so much of google maps that one does not really feel fear of getting lost these days. The indoor mappings and guide is something that GPS fails. This is where IoT can help. An IoT-based geo-fencing map can be provided for events like a show, exhibition, events where there huge crowd. This may not be a system that prevents any harm but it definitely adds to the feeling of security. One is well informed and confident of how to access various places. This could be further be enhanced in terms of making this indoor map also a safe zone where there are cameras and only authorized or recognized individuals are allowed.

This is another field that has a lot of promise. Security is of primary importance in Industries both from preventing possible damage or loss as well as from ensuring compliance to ensure that people don’t get into or create a dangerous situation – thus be able to smell the dirt beforehand and avoid stepping on it. IoT surely can play a role in both these aspects.

A basic requirement like wearing the right kind of gear within the work environments like the shop floor or it could be in chemical factory environment may be not enforced or its compliance monitored in a practical scenario. This may be extremely dangerous in some conditions. An IoT-based wearable may warn the worker or individual that one needs to wear headgear or it could be a warning of the possible dangerous areas within the plant. It could be a card which detects the situation and sends an alarm to the floor manager etc.

Many industrial situations or applications would make it difficult to have sensors that are wired to issue a warning. IoT can play a huge role by making wirelessness feasible. Leaks can be one area where remote areas as difficult to access areas can be covered to have an IoT-based Leak detection system.

The whole ambit of possibilities is so wide that there is the term IIoT i.e. Industrial Internet of Things coined around them.

A similar set of uses can be extended when it comes to home-based scenarios. One can have the house covered with cameras as well as have other safeguards like fire detection or unlawful intrusion. These situations can be tracked and the critical situations handled like a call to the fire department immediately if there is fire. Tomorrow’s keys could be an IoT device thus one could be directly walking in with it. The door will never get locked if the key is inside the house. You could track your kids where about within the house. Warn if the kid steps outside. This list can keep expanding.

Society is another beneficiary of IoT. It could help set out warnings to the neighbors in case of a house break-in, fire, or gas leak along with agencies like the fire department or police. Video monitoring of alleys or roads to report damage to public property could be reported. Remote monitoring of the rivers, dams; notifications of accidents, notifications of requirements like that for blood needed can be sent out. Thus an IoT society network could create a subsystem to support the Society as a whole.

Thus the list of uses are far many and an add continuum!!

IoT and Future of Security

IoT may not replace the existing security systems right away but will in fact enhance them to a great extend to add to the effectiveness of these systems. There will be multiple ways of ensuring that the core IoT infrastructure is secure to allay the current fears and concerns. Tomorrow’s security will be a notch ahead with IoT handshaking with the existing systems.

Read How can IoT help real-time authentication of anything? and How does IoT/Automation stop Loss or Theft? to understand better the implementation of security using IoT.

Feel free to connect with us: https://www.quicsolv.com if you want to discuss or share your ideas. We provide IoT services as well as IoT solutions based on our ISaE framework. 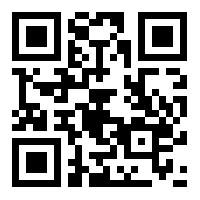